The Meridia weight loss pill hit the news again. This time it became newsworthy because Abbott Laboratories has pulled it off the market. Meridia follows in a long line of weight loss drugs that fail to work and often have disastrous side effects. Here is why this and all other weight loss drugs fail.

The best quote that I saw in any news report about Meridia was, “The effort to develop safe and effective weight loss drugs, however, has suffered one setback after another. Part of the problem has been scientific, experts say. The body’s hunger, fat storage and energy-burning system has turned out to be far more complex than originally thought.” Duh! 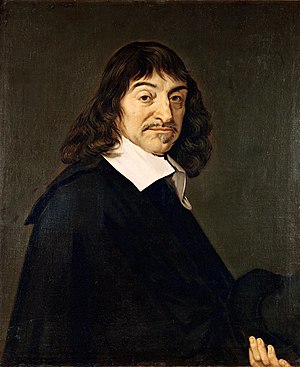 What is truly obvious in this case, as it is with all synthetic drugs, is that medical researchers view the human body as a machine consisting of isolated biochemical reactions. This is a mistaken philosophy that is credited to the 17th century French philosopher, Rene Descartes. Modern medicine has wrongly followed this path of weak thinking into the era of fix-it surgeries, such as the disastrous gastric bypass, and treatment with synthetic drugs. In science, this is an example of reductionist thinking. (That is a simplistic way to say this, although it gives you a good idea of what I am talking about.)

Drugs target a single biochemical step with the goal of fixing a complicated problem. That is why they have side effects. That is why Meridia follows in the footsteps of such monumental drug failures as Thalidomide, Vioxx, Avandia, Acomplia, Qnexa, Orlistat, and many, many others. The only certainty is that more will follow.


The bad joke on the public is that drug companies believe that the standards for judging weight loss drugs are too high. It is as if side effects such as cancer, heart attacks, high blood pressure, strokes, and death are unimportant. Or that small levels of weight loss are significant. No, the goal is to get someone onto a prescription drug for life and keep it that way. Preferably multiple prescription drugs.

The fate of food in your body is a wondrously complicated process. It is nothing like the “calories in, calories out” view of the body as being like a furnace. Digestion and metabolism depend on enzymes, the production of which is controlled by a combination of genes and environment. Dozens of hormones are involved, including insulin, leptin, growth hormone, adrenaline, estrogen, testosterone, and cortisol. Internal gut bacteria play a huge role.

Picking one single step in this process as a target for drug development is the strategy that drug companies follow for everything. It is no wonder that drugs fail so often!

The comment by Abbott Labs is that they were pulling Meridia off the shelf in response to demands by the FDA. This will have an impact on an estimated 100,000 Americans who are now take Meridia. Canada has taken similar steps. The danger is that Abbott is still making the drug for use in other countries. They will not take it out of the worldwide market until it becomes a financial liability. That is the bottom line.