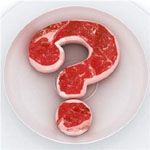 Throw out your calorie counter. Ignore the calorie count on food labels. Counting calories is a simple-minded and useless way to judge what you eat. Here is why.
.
.
.
.
.
.

What Does a Calorie Counter Really Tell You?

When you know what a calorie really is, the clear answer to this question is: NOTHING!

Here is why. First off, a calorie is a unit of heat. Heat is not directly useful metabolically. Once a calorie is released, there is no putting it back. It dissipates as heat.

Scientists have a very specific definition of a calorie. With some variation, the simplest way to say it is that a calorie is the amount of heat that is required to raise a cubic centimeter (milliliter) of water one degree Celsius, at room temperature and at sea level.

Nutritionists, medical doctors, fitness trainers, and many other experts who should know better, incorrectly equate food calories to metabolism. This simple-minded reasoning goes something like this: The calories contained in the food you eat provide energy, in the form of calories, for you to live. Not so!

Now that you know what calories really are (i.e, heat), you can understand that the only thing they can do is effect temperature. They are important for maintaining body temperature, but that is all.

The Nonsense of Food Calories

Do you know how we measure calories in food? We incinerate them in an instrument called a bomb calorimeter. When a substance is completely combusted, until nothing but the charred remains are left, it has released all of the calories that it contained. A bomb calorimeter measures how much heat is released upon complete combustion, which is expressed in calories.

Oh, by the way, the term ‘calorie’ commonly applies to two different quantities. One is the definition above (i.e., raising 1 cc of water 1 degree Celsius). The other is 1,000 times that amount – the amount of heat required to raise 1 liter (1,000 cc) of water 1 degree Celsius. Technically, to be clear about which is which, the small calorie is written with a lower case ‘c’ (calorie), and the larger calorie is written with an upper case ‘C’ (Calorie). You will also see Calories expressed as kilocalories (thousand calories).

A Calorie is therefore 1,000 calories or one kilocalorie.

Who could even eat 2 million calories in a month, much less in a day?

If your body was really like a furnace, then the calorie count of foods, such as on nutrition labels and in food lists, would have more meaning. Your body, however, has nothing to do with how a furnace works.

You can never, ever get all the energy out of food. At the most you might get 10 to 20 percent of the potential energy (calories from complete combustion) through your fuel-harvesting metabolism. Certainly never greater than 30 percent. Sometimes you won’t get any calories at all. Using a calorie counter tells you nothing about how your body will metabolize different types of food.

Consider this: in a calorimeter a gram of starch will yield the exact same number of calories as a gram of cellulose, which is indigestible fiber. As you and I both know, starch is a source of food calories for people. In contrast, cellulose is not.

A calorimeter will get the same number of calories from equivalent amounts of potato and celery (correcting for water content). Obviously, your body couldn’t possibly do that.

Instead of comparing the metabolism of food to a furnace or calorimeter, it is much more meaningful to talk about what happens to different foods when they are digested, how they get into different kinds of cells (e.g., fat vs. muscle), and what happens to them once they are there.

For a surprising example of what this means, compare the two nearly identical sugars, glucose and fructose. Following their metabolic fate is much more meaningful regarding their roles in diet and health than just keeping track of counting calories that they yield in a bomb calorimeter. In fact, these two sugars have identical caloric potential – 4 Calories per gram. However, glucose goes into many different tissues – most notably muscle and brain – and intact fructose never escapes your liver.

Glucose is used by muscle, brain, and all other tissues throughout your body. Fructose is not. Their identical caloric potential tells you nothing about their metabolic fates.

The consequences of these differences are that glucose serves the metabolism of your entire body, whereas fructose has to be converted to something else before you can do anything with it. That something else is largely fat. In simpler terms, fructose will make you fat much faster than glucose will. Their caloric potential is irrelevant.

By the way, once you understand what is truly important about foods of all kinds, which is clearly not their calorie content, you will be very clear on why calories have nothing to do with being overweight. Chew on that comment for a while (pardon the pun), because this is the kind of thinking that will guide you to success in any weight loss or fitness program that works for a lifetime.

Unless you have your own bomb calorimeter in the kitchen, leave the calorie counting up to biochemists like me.

Noting the realities of calorie counting,