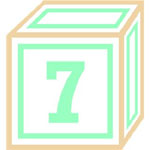 The slow carb diet is a wonderfully simple and easy way to lose up to 20 pounds within 30 days. Knowing how to lose weight on this diet entails avoiding the most common mistakes.

According to Tim Ferriss, who describes this diet in his book, ‘The 4-Hour Body’, about 90 percent of weight loss stalling is due to just 3 mistakes. Four additional mistakes cover most of the other 10 percent. The ‘Big 3’, as it were, are:

Specifically, this means not having a high protein meal within an hour of waking in the morning. Ideally, in fact, the most effective timing would be to eat within a half hour of rising.

Tim cites two cases that illustrate this mistake. In the first case, when his father followed the diet closely for the first month, he dropped 17 pounds. In the second month he started postponing breakfast and dropped only 5.5 pounds. Going back to having a timely, high-protein breakfast in the third month, he accelerated back to a loss of 18.75 pounds. This is a great example of self-experimentation that points to one likely cause of his slowdown in month two: delaying breakfast.

In the second case, JayC had reached a plateau at 220 pounds and could not budge any lower. All he did to break the plateau was to enlarge his breakfast to be sure that he consumed at least 30 grams of protein at the start of each day. Once he did so, he dropped below 215 pounds for the first time since he was a freshman in college.

It is most critical, of course, to get started with sufficient protein at breakfast. This has the added effect of curbing carb impulses while promoting fat metabolism. The goal is to consume at least 40 percent of your calories as protein, meaning a minimum of 20-30 grams of protein at every meal.

The best sources are no surprise: meats, eggs, cottage cheese, and protein shakes.

The surprise to folks who make this mistake is that they often overdo the veggies. Look, we all hear the admonition to ‘eat your veggies’ all our lives. However, if you consume too large a salad or too big a helping of other green veggies, you will undermine your progress in at least two ways: 1) you will consume insufficient protein; and, 2) you will consume insufficient calories. Remember, the slow carb diet is NOT based on restricting calories. You have to take in enough food to keep your metabolism from slowing down. Green veggies just won’t help you much on that count.

Hydration keeps the machinery running more smoothly, especially for liver function. If you drink too little water, your food intake will overload your digestive tract and pull water into it. Oddly enough, you will even retain water in odd places, showing up as swollen ankles and lower legs, when you don’t keep your water intake up. If you reach a weight loss plateau, see how quickly you get back on track by just drinking a few more glasses of water each day.

As I said before, the mistakes below are responsible for no more than about 10 percent of the stalling cases that Tim has seen. Nevertheless, they may offer solutions to your plateau if none of the ‘Big 3’ above does so.

Mistake 4: Believing that you will cook, especially if you are a bachelor

Imagine cooking three meals a day. Isn’t that a retro thought? Here is how to get around almost all the trouble you might encounter if you decide to cook all of your meals and discover that there is no way to keep up the pace. First, get good frozen foods. They are already cooked, and the good ones have no added ingredients (carbs, sugars, salt, butter or oil, etc.). Frozen spinach should contain only spinach.

Second, get good canned foods. If you use canned legumes, just be sure to get only brands that contain just the legumes you want. Far too many brands contain undesirable added ingredients, such as sugar (really!).

This is probably obvious to those who experience a menstrual cycle. However, Tim being a bachelor himself, he thought it important to point this out. When you retain water during your cycle, your weight is not an accurate representation of your progress on the slow carb diet.

These foods are simply those recommended sources of slow carbs that are easy to eat too much. Nuts, chickpeas, hummus, peanuts, peanuts, macademias. They are wonderful snack foods if consumed in moderation. Just 5-10 almonds would be a moderate amount. Isn’t it sooooo easy to double that! My downfall is cashews. I can eat 5 handfuls of them in a single day.

Tim notes that he has plateaued 3 times by just eating too many almonds. Yes, ‘domino’ foods like this are nutritious. Just don’t eat too many.

Syrup is sugar, no matter what the ‘all-natural’ source is. It doesn’t matter if it is called agave, maple, cane, beet, or any other kind of syrup. It is a fast carb source of sugar. In fact, the increasingly popular raw agave nectar may be the worst, since it contains upwards of 90 percent fructose, the deadliest sugar of all for weight loss.

Regarding artificial sweeteners, none are good for your health. As it pertains to the slow carb diet, though, Tim has noted in himself and others that no more than 16 ounces of artificially sweetened beverage is the limit. After that, weight loss is likely to stall.

The above are the 7 most common dietary mistakes. In Tim’s book, he includes an eighth mistake, that of exercising too much. This is a topic unto itself, which many people suffer from unknowingly. Yes, you can exercise too much or exercise the wrong way and completely undermine your weight loss program. I will write about this topic later, by itself, so I can spend more time explaining what you should and should not do for exercise.